Docetaxel (CAS 114977-28-5), also known as RP-56976, is a semi-synthetic, second-generation taxane derived from a compound found in the European yew tree Taxus baccata. Docetaxel displays potent and broad antineoplastic properties; it binds to and stabilizes tubulin, thereby inhibiting microtubule disassembly which results in cell- cycle arrest at the G2/M phase and cell death. This agent also inhibits pro-angiogenic factors such as vascular endothelial growth factor (VEGF) and displays immunomodulatory and pro-inflammatory properties by inducing various mediators of the inflammatory response. Docetaxel has been studied for use as a radiation-sensitizing agent. 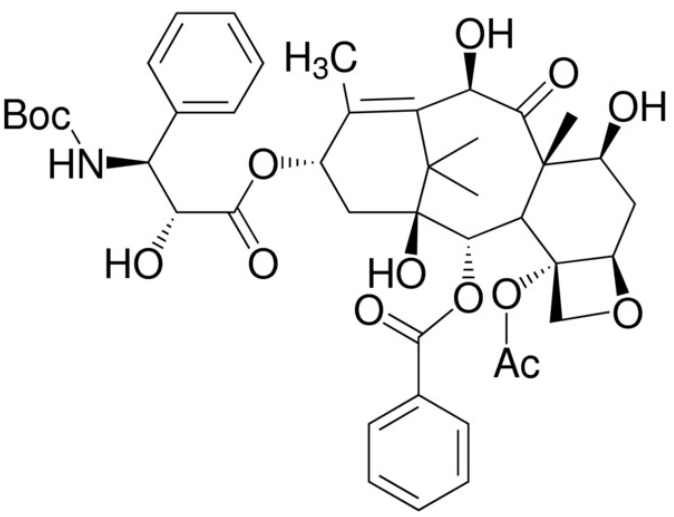